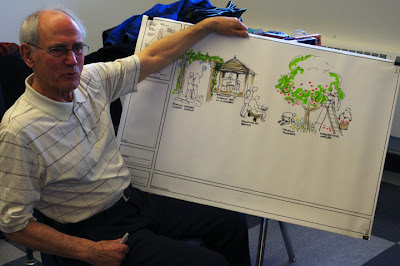 Stanley King  was  the creator of the Co-Design process.  He was an internationally recognized and published authority on public design participation, and a pioneer in developing methods of public dialogue for citizens of all ages.

The co-design process began when Stanley conducted research for authentically including children in the planning and design process (1968-71, UBC).   Stanley has long believed that youth and children have much to contribute to the planning dialogue ("Fresh Eyes", PCJ#19, 1995).  His work preceded Child-Friendly Cities by more than twenty five years.   Stanley's methods are intuitive and encourage children's natural tendencies to explore their world with all their senses.  He also enables children to communicate with designers with a universal language understood by both groups:  that of drawing and doodling.  His work has been featured by the National Film Board "Chairs for Lovers", NFB, 1972  and nationally on CBC and CTV.

Stanley taught courses at Simon Fraser, University School of Environmental Education, (1971-76), and at University of Victoria, Faculty of Environment, (1982-86). Program supervisor and Instructor, Architectural Technologies at The Southern Alberta Institute of Technology (1979-92). Founded and directed Co-Design Course of Advanced Urban Illustration, Calgary and Victoria (1981- 86). He received SAIT’s highest academic award, the Ralph T. Scurfield Award for Academic Achievement in 1990, and was nominated for International Professor of The Year in 1989 by the USA based Council for the Support of Education.  Together with Susan Chung, he is the winner of the RAIC Foundation Bursary Award 2010, from Architecture Canada.

King was the author of the School Manual ‘Bringing Youth to Main Street’, The Alberta Main Street Programme Manual, (ed. Merinda Conley, 2000) and principal author of the book Co-Design - A Process of Design Participation, Van Nostrand Reinhold, New York, 1989).
Stanley passed away peacefully in the loving  presence of family members on December 3, 2020. His last project was to co-design for the Musqueam, Tsleil-Waututh and Squamish people for the Jericho Lands project and Heather Street Lands. 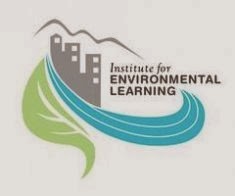